Three and a half years after the lower house of the Dutch Parliament passed the Remote Gambling Bill, the piece of legislation survived through a Senate vote that took place minutes ago.

The Netherlands will now move to re-organize its online gambling market in a manner that will make it possible for interested international online gambling operators to apply for a license from the local regulator, Kansspelautoriteit, and to operate in a regulated environment.

It is yet unknown when exactly the new regulatory regime will be enforced, but analysts believe this might happen on January 1, 2021, with the licensing process set to begin in mid-2020.

Despite its rules and regulations, the Netherlands has long been a popular market for internationally licensed online gambling operators. And recent reports confirm that such internationally licensed companies have been extremely popular with Dutch customers. According to a recent study, more than 1.86 million Dutch nationals engaged in gaming and betting activities between 2016 and 2018, up 20% from the preceding two years.

Kansspelautoriteit has been trying to prevent unregulated operations from taking place in the country, but current regulations do not give the regulatory body enough power to effectively monitor and protect the online gambling space. Most notably, Kansspelautoriteit has slapped multiple hefty fines to companies targeting local customers, but has had little success in actually collecting those fines. 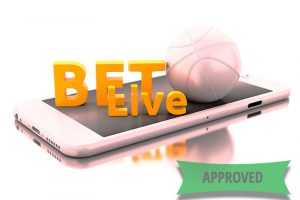 Members of the Dutch Senate discussed the Remote Gambling Bill and voted on the piece during a debate that took place earlier today. The implementation of a blackout period for companies previously servicing Dutch customers was among the most broadly discussed provisions in the legislation during today’s debate.

Dutch Minister for Legal Protection Sander Dekker, one of the staunchest supporters of the introduction of a new regulatory regime, proposed earlier this month that a two-year cooling down period for “cowboys” is implemented as part of the market’s reorganization. His proposal was supported by a majority of Senate members today, which means that companies previously discovered to have neglected the rules and targeted Dutch gamblers will have to wait for two years before being able to apply for a license with Kansspelautoriteit.

Once enforced, the Netherlands’ new gambling law will also obligate online gambling companies to adopt the necessary tools and policies for minimizing the risks associated with gambling and protecting players more effectively. For instance, all licensed operators will be required to register with a centralized self-exclusion program that will aim to help problem gamblers self-exclude from gambling for a certain period of time.

Commenting on today’s positive vote, Minister Dekker said that he is happy that the country will finally be able to offer people a safe and secure gambling environment so that online gaming and betting activities can be conducted in a responsible manner.